Are you searching for the best places to see in a weekend in Spain for the coming trip, please keep on reading! Spain is a fascinating country with different cultures in its distinct regions. It has many historical sites to discover: Roman ruins, Islamic architecture from the Moorish era, medieval castles and fortifications, palaces and mansions from the Castilian and Habsburg eras, etc…

Plan your Spanish weekend with our top 10 places to visit in Spain. 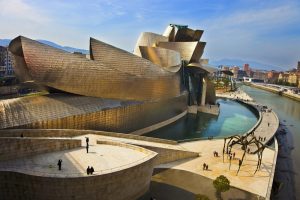 This Basque city has a lot to offer you can easily spend only two days in Bilbao and cover many places. Bilbao is known for its massive building, the Guggenheim museum, designed by Frank Gehry, located on the shores of the Bilbao Estuary. it is truly a work of art worth visiting.

In addition, the museum surrounded by large pieces of art and massive sculptures inside a building known as the Art District. Along with the museum, you can visit the Plaza Berria, a large public square with different markets and restaurants, and take a walk on the Zubizuri pedestrian bridge. 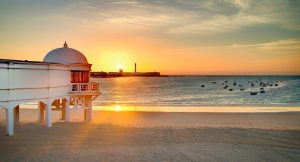 Cadiz is a perfect vacation place to relax at the Playa de La Caleta and enjoy with beautiful views of the San Sebastian Castle. Moreover, this peninsula located on the Andalusian Atlantic coast, with beautiful beaches and exquisite regional cuisine.

Furthermore, the Costa de la Luz, separated between the provinces of Huelva and Cádiz, also offers an infinit of places that combine culture and entertainment. Nothing better than visiting the Doñana National Park declared a World Heritage Site by UNESCO. 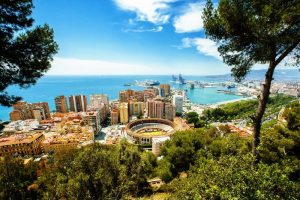 Malaga is another ideal city to spend a weekend in Spain. Located on the Costa del Sol in Andalusia.This city offers multiple distractions, from beaches and shopping to culture and history.  One of the best things to do is to visit the best preserved Moorish and Islamic fortresses in Europe, the Alcazaba and the Gibralfaro Additionally, their are other places to explore, like the Picasso Museum and the endless beaches to see. 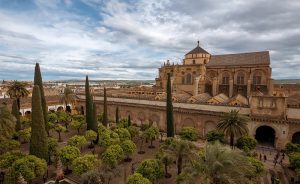 This old city located in the south of the Andalusian region, and contains hundreds of world heritage sites. Also it gives you the opportunity to explore the history of Spain, going back several thousand years to the time of the Roman Empire.

Cordoba has many attractions to see, like the beautiful old center, the spectacular Mezquita Cathedral, the intriguing Medina-Azahar, and  famous Cordobeses patios. In addition, this city has tons of museums, the most important of which is the Museo Arqueológico de Córdoba, which presents the history of Spain for thousands of years. 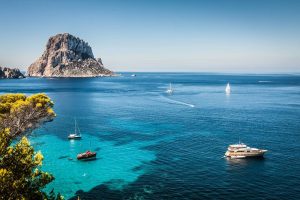 Ibiza is one of the best vacation spots in Spain, located about 100 miles from the Spanish coasts. Moreover, it is the largest of the Balearic Islands in the Mediterranean Sea. As well as the other three largest islands: are Menorca, Mallorca, and Formentera, which are also famous places to discover in Spain. This Balearic island has something for everyone, known for its beach parties, music, dance clubs, family resorts, and many attractions to see and do with the kids. 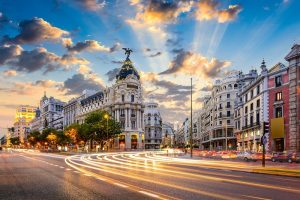 Madrid is a perfect holiday destination for a weekend in Spain, rich in culture with many attractions to visit. The city has three major museums that are a must-visit: first, the Prado Museum presents the Spanish royal collection of art, where you can admire works by Velazquez, Goya, Rubens, Bosch, and many other famous artists. Second, Reina Sofia Museum exhibits modern masterpieces like Picasso’s moving Guernica. Finally, Thyssen-Bornemisza Museum mixes Old Masters with the best in contemporary art.

Moreover, there are many gorgeous plazas with beautiful architecture, such as Plaza Mayor, Puerto del Sol, and Plaza de Espana. Near by the Plaza Mayor, you will find the largest royal palace in Europe, the Palacio Real de Madrid. Namely home to tons of treasures, including paintings by famous artists, old weapons and artifacts, and the royal crown jewels of Spain. 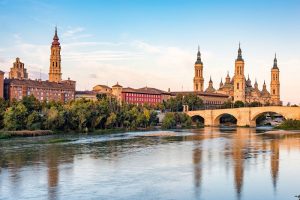 Zaragoza lies in the northeastern part of Spain, in the region of Aragón; it is not as known as some of Spainish big cities. However it is filled with breathtaking Moorish architecture and cultural diversity.

The city has two principal churches: the Basilica de Nuestra Señora Pilar and the Cathedral de Salvador de Zaragoza. Besides, their is an outsdanding Moorish architecture in the Palacio de la Aljafería, with an exhibition about its history; additionally, there are different archeological remains in the city, such as a Roman theatre and thermal baths.

Moreover, one of the best places to see works by the famous Spanish artist Francisco de Goya is the Museo Goya, where showcases the Collection Ibercaja Museum Zaragoza Goya. Also, it houses 15 of his most important works, where you can learn more about the life and works of famed painter. 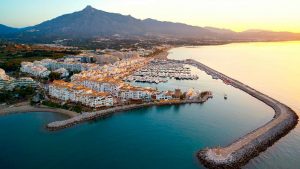 Marbella is one of Costa del Sol’s major tourist centers, and perfect for a weekend in Spain. the best thing to do in Marbella is to spend a sunny day on one of the perfect beaches along the Marbella coast. Marbella comprises 24 beaches along a 27km coastline, each beach is unique, but all provide a stretch of golden sand and lifeguards on duty during the summer season.

On Saturday, you can visit the huge Street Market, where you can find anything you can think of, like antiques, books, spices, and food. Do not forget to discover Marbella Old Town and the heart of the city, with its colorful buildings, winding pathways, and blooming flowers. For history lovers, their are many fascinating Roman and archeological sites you can see, such as the Vega del Mar Basilica. 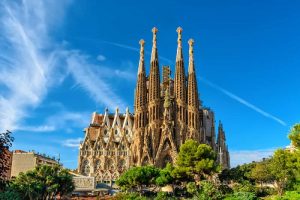 Barcelona is the second largest city in Spain, with a warm and sunny weather to enjoy on most days of the year. Barcelona has many attractions, including the big and unfinished cathedral Sagrada Familia and the Joan Miro museum, designed by the iconic artist himself before his death.

It is worth paying to see inside the Sagrada Familia and its two central buildings, Casa Milà and Casa Batlló. In addition, their are other beautiful spots in Barcelona, including the three miles of beaches and La Rambla, a massive, tree-lined where the entire city comes out for a walk. 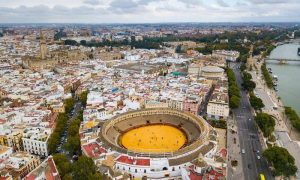 Seville is a perfect destination in Spain for a weekend trip; it is filled with Roman ruins, ideal for sightseeing, Moorish structures, palaces, and Gothic churches to discover. Start your weekend by strolling the largest gothic cathedral in the World called Seville Cathedral; within there is the tomb of the famous explorer Christopher Columbus.

Remember to discover  the Real Alcazar an  ancient royal palace and UNESCO World Heritage site are known for their beautiful pristine gardens and fountains. Of course, you can enjoy Music and dance as Seville is the home of flamenco dancing.