If you are looking for a top choice for hiking, you cannot find better than Spain. It provides the best hiking trails in the world. It is famous for diverse landscapes, mountainous chains, breathtaking views, and maintained trails.

Whether you are a professional hiker or a beginner looking for a new experience. Spain is your best destination having something for everyone.

Check out our list of the top 10 best hiking trails you should not miss in Spain: 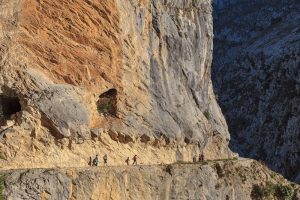 Picos de Europa is the oldest national park in Spain. It has magnificent landscapes. With limestone peaks, lush valleys, rich wildlife, and impressive views of the cliffs.

The Ruta del Cares or the Divine Gorge is one of the most famous  routes in the Picos de Europa National Park. Besides, the path runs for 12km from Poncebos in Asturias to Caín in León.

The Ruta del Cares is the most known route but not the only one when hiking through Picos de Europa. There are many trails with different distances. As well difficulty degree to suit every hiker experience. 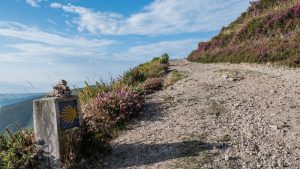 Camino de Santiago is the most famed Spanish routes. known as The Way of St. James consists of a series of old pilgrim routes used for a thousand years. This trail extends 500 miles long, depending on which route you take.

The route begins in a few different places along the French border. And  ends at the Cathedral of Santiago de Compostela in Galicia. One of the ancient routes starts in Ovideo town in Asturias. Although the most famous one is launch at Saint-Jean-Pied-de-Port. As well as the Cami Catala is another path, opens at Montserrat monastery, or Barcelona. It joins up with the Camino de Santiago to end up at the same place.

The trails are flat and easy. Many tracks are being paved and well maintained. You do not have to worry about getting lost, and it does not need a lot of hiking experience.

The best time for hiking at Camino de Santiago is during April, May, June, or September. These months have warm weather; everything will be open and less crowded. 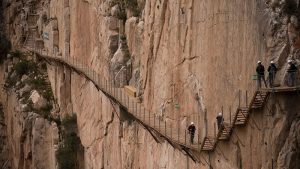 Caminito del Rey is the most famed hiking trail in Malaga, Spain. known one of the most dangerous hiking trails in the world. Due to its missing sections of the pathway and sheer Cliffside drops. Thus, the route closed for many years due to safety issues. As well it restored and opened to the public again in 2015.

The trail runs about 8km long from Ardales to Alora. Besides, the path is linear, flat, and equipped with bridges, stairs, and handrails to make it completely safe. Moreover, the trail takes around 4hours to complete the hike. It goes over a wooded area and continues along the river. Also, it finished with the breathtaking boardwalk along the cliffside. 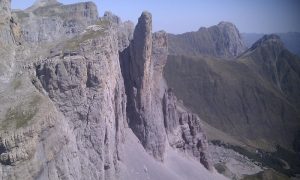 The Pyrenees is a mountain range, forms a natural frontier between Spain and France.

The Pico Sobarcal located in the province of Huesca in northern Aragon. It stands at 2259 meters providing breathtaking views of the Pyrenees.

Reaching the peak takes around 7 hours. It is an easy climb, but it gets hard towards the summit due to the rocky terrain. Thus, reaching the summit is only for experienced hikers and mountaineers.

The best time to go hiking is in late spring and the summer months when the weather is at its most pleasant. 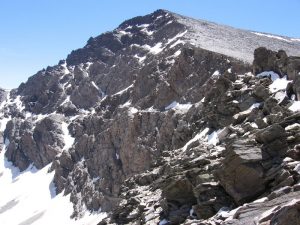 The Sierra Nevada mountain range situated in Andalucía, Spain. It has many hiking trails that can be simple, as well as some challenging ones.

The Mulhacen is one of the highest peaks on the Iberian Peninsula. Stands at 3479m and has various trails leading to its peak.

The rigid trail is via the northern face and is only for advanced hikers. Besides, the easiest way is via the southern face from the Mirador de Trevélez in the Alpujarras. 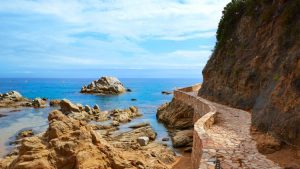 The Costa Brava is one of the most magnificent Spanish Mediterranean coast. You can discover the entire Costa Brava on foot via the GR-92 or Camí de Ronda. It offers an incredible landscape with sun and sea.

The GR-92 route starts at Portbou on the Spanish side of the French border. It extends to Uldecona, around 200 kilometers south of Barcelona. The trail divided into 20 different stages that you can choose any path to walk.

The route parts coincide with spectacular natural places. like the Natural Park of the Cap of Creus or the Natural Park Aiguamolls of l’Empordà. Also further down into the Costa Brava, are sections between Begur and Palafrugell.

The best time for hiking in the GR-92 is between April and June and in September and October. However, in mid-summer is too hot for hiking. As well, the outside swimming season many accommodations closed. 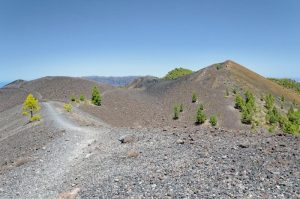 The Cumbre Vieja is a volcanic peak situated on the island of La Palma, the Canary Islands. It is a variety consisting of 120 volcanic craters with almost 2000m in height. As well as the tallest volcano called Volcan de la Deseada.

Cumbre Vieja runs from the eastern coast to the western one.  It would take around 8 to 10 days to complete the path. If you want to finish it faster, you could walk between two shorter routes. first, the Ruta de la Cresteria, is a collapsed volcano. Second, the Route of the Volcanoes in the south of the island. Meandering its way around old craters and Martian-like volcanic landscapes. 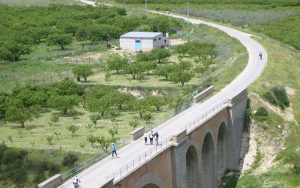 Vías Verdes or Greenways is the result of transforming unused railway lines into cycline and hiking paths. There are around 7.600km. Also over 100 greenways of routes through natural landscapes around Spain.

The greenways can be used by all types of users. From children to aged people, without forgetting disabled people. The trails are easy, accessible, and safe.  With magnificent natural beauty with valleys, mountains, impressive bridges, and mysterious tunnels.

Along the trails, panels are explaining the important natural and cultural points. Do not worry about getting lost. 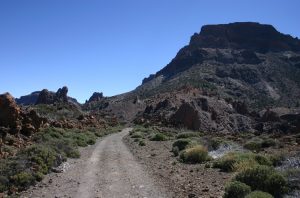 Las Cañadas del Teide National Park situated in Tenerife, the Canary Islands. It is a UNESCO world heritage site. Besides, considered one of the magnificent hiking places through volcanic landscapes. Additionally, it is home to the highest mountain in Spain called Mount Teide is about 3,718m high.

The park has several walking trails and mountainous summits. You can hike the mountain itself from where you can see the 80-meter crater at the top. However, in summer, you will need a permit to climb the peak. Besides, you will need a professional guide to lead you near the summit.

El Saltillo trail is one of the best places for hiking in Malaga province. The hiking starts from a beautiful white village Canillas de Aceituno. And ending at a short boardwalk along the vertical cliffside at the waterfalls.  Besides, most visitors go there to climb the highest peak, called La Maroma, which is about 2069m high.

This breathtaking hike trail takes you along the surrounding steep hills. With picturesque views of green valleys and mountains. The hiking will last 4-hours with no extreme elevation due to the narrow and steep roads.

The best time for hiking El Saltillo is from mid-September to May. The temperatures are pleasant, and if you warm up, you can take off any long sleeves if necessary. Although, during summer, climates are hostile, and some parts can dry up in the summer months. As a result, you cannot cool down before you get to the waterfall at the end of the trail.

Top 9 best Universities in Spain for international students
Top 8 Beautiful Beaches in Andalucía, Spain (with photos)
Top 10 Most Famous Spanish Artists and their Arts
18 essentials tools to pack with you in your travelling