Murcia is one of the least visited regions in Spain. Even with being the seventh-largest of population size. It is located in the southeastern of the country hid between Almería and Alicante regions.

This region boasts over 300 days of sunshine a year. It is famous for its beautiful coastline Costa Cálida.  Also it is home to countless golden sandy beaches and small coves. Murcia region has many attractions to offer to its visitors. It gives them a chance to discover the capital city and its hidden beauty.

Here is our list of the top 10 best attractions to visit in the Murcia region, Spain: 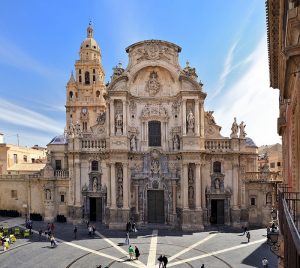 Murcia Cathedral of Saint Mary is the most famous baroque landmark in the territory. This Roman Catholic Church constructed between 1394 and 1465. Besides, it is a mix of different architectural styles baroque and gothic style.

Furthermore, visitors will be able to discover unique aspects of this impressive architecture. From outside, the main baroque façade in front of the Plaza del Cardenal Belluga is outstanding.  it has an  imposing columns and sculptures of the Virgin Mary.

From inside, discover decorated chapels and the tomb of King Alfonso X. As well as the 93-meter bell tower, which is the second tallest in Spain.

Even if you are not a gambler, Murcia casino is well worth a visit to admire its imposing interior. It housed in one of the most iconic buildings in Murcia. Also, considered as a national, historical, and artistic landmark.

The first opening of the gambling house back in 1847, as a private club. From the first sight, you will notice the artistic remains of the late 19th century in its architecture and design.

Today the casino is open to visitors who want to discover the stunning place. From inside, there are only the poker tables, slot machines, a decorated Moorish patio, and a sparkling ballroom. 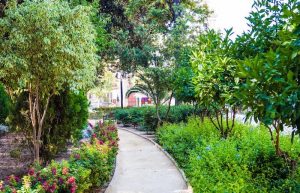 Floridablanca Gardens is one of the most magnificent green spaces in Murcia City. The park is a famous oasis among both the locals and tourists. Especially during the hot summer months.  At the entrance of the park, there is a statue of Jose Monino or the Count of Floridablanca.

Moreover, the garden is one of the best romantic styles of the 19th century. You can notice it by the large ficus specimens border the center path. Additionally, the park is an avenue goes from the entrance nearest to Camachos Square to the Count of Floridablanca statue.

It is open to the public the entire year. Try to plan a picnic with your family or friends and try to explore these imposing gardens. 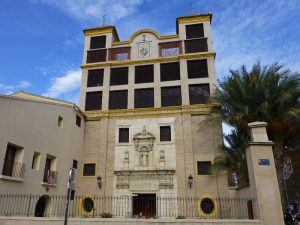 The Santa Clara la Real Convent Museum is another attractive spot in Murcia City. It built as an Islamic palace in the 13th century for Alcazar Seguir. Over the past years, it transformed into a religious house for Franciscan nuns.

Today, you will be able to discover important parts of its history and art like the magnificent examples of 13th-century Islamic art and archaeology. Additionally, the mosaics within the palace, calm ponds, and gardens filled with original flora and fauna. As the citrus fruit trees, palm trees, and pomegranate trees. 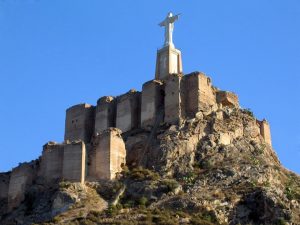 Monteagudo Castle is situated on top of a rocky mountain. Next to the town of the same name in Murcia province, Spain.

The fortress dates back to the Islamic period around 1078. For decades, Abderramán Ibn Tahir was the first Muslim king of Murci. He was deposed, and sent to prison at this palace. Today visitors will discover a reconstructed version of the tower dates back to the mid-1100s.

Moreover, the palace is an outstanding landmark to discover from the outsides. Also, admire the imposing 14-meter statue on top  called “Monteagudo Christ” created in 1951. 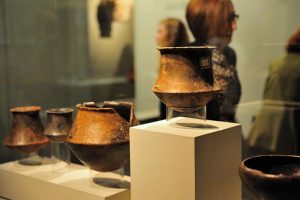 The Archaeological Museum Murcia was inaugurated in 1867. It accommodates one of the most completed collections of Iberian archaeological items from several sites in the Murcia Region.

Today you will have the chance to discover exhibitions made up of 16 rooms. That offer a journey from the Paleolithic era until the Bronze Age.  Besides, there are unique ceramics, glassworks, and some incredible items of El Algar culture remain.

Moreover, the museum holds many examples of the Arab and Roman architectural remains like sculptured and epigraphs. Also, it has an exhibition room on archaeology and educational workshops are open all year round and is worth a visit. 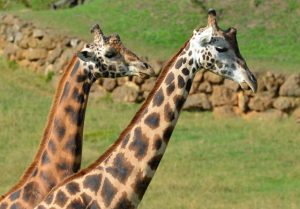 Terra Natura is a family-centered attraction in Murcia City. It includes Zoo theme parks extend for 165,445 square meters. Also, it is shared into two areas in the Iberian Peninsula and African Savannah. Between them, about 300 animals are demonstrating 50 species.

Moreover, the Aqua parks are other themes stretch about 30,000-square-metre with an aquarium. And attempt to recreate the Zanzibar archipelago in the Pacific.

Salzillo Museum dedicated to the famous Murcian sculptor Francisco Salzillo. He created religious icons and considered one of the perfect masters of Renaissance sculpture.

Moreover, the museum has many different rooms where you can discover massive sculptures made by Francisco Salzillo. Especially for the traditional processions during the Easter week. Besides, these sculptures now  belongs to the Nuestro Padre Jesús Nazareno brotherhood. 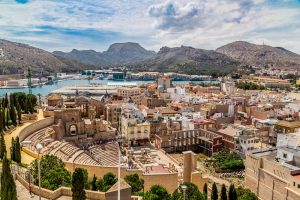 It is a shame to visit Murcia without exploring Cartagena city. It is located in the southeastern region of Spain in the Campo de Cartagena. Tis city has a rich history and culture from Arabs to Romans, which left their remains on its cultural heritage.

The major landmark in the city is the ancient Roman Theatre. That dates back between the 5th and 1st century BC. The first marks rediscovered until 1988 during the leveling of another old building. Currently, the city has other attractions that will take your breathing. 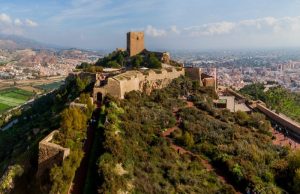 Lorca Castle or Fortaleza del Sol is another beautiful attraction in Murcia Region. It is located in a strategic position overlooking the city. Also, considered one of the largest castles in Spain and a must-see in Murcia.

The fortress declared a National Historic Monument in 1931. However, in 2011 it damaged during the earthquake. Today the castle turns into a museum. Where you can discover and learn about its history through a series of multi-sensory exhibitions.