Spain is home to a large number of national parks. Situated across the Iberian Peninsula, as well as the Balearic and the Canary Islands. Besides, Spain is one of the pioneers in protecting nature. If you are a nature lover, you will find perfect parks for wildlife watching, hiking, and climbing.

Get inspired by this list of 10 must-visit national parks in Spain. You might not know from where to start: 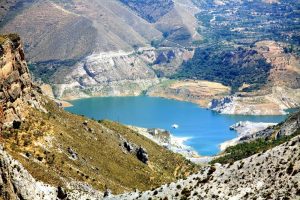 Sierra Nevada national park located in the provinces of Granada and Almeria. It is most of Spain’s largest national park. It stretches over 850 kilometers squared, south from Granada to the Alpujarras. Additionally, it is home to the highest mountain peaks, including Mulhacén over 3,482 meters. 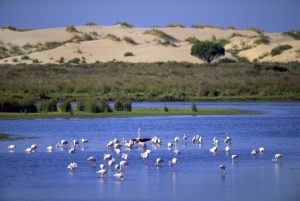 Doñana national park located in the Andalusian provinces of Seville and Huelva. It is one of the most important ecosystems in Spain. It covers an area of 543 kilometers squared. Besides, it hosts five varied species of threatened birds.

This park has massive wildlife species such as mongooses, badgers, red and fallow deer, wild boar, and Iberian lynx. As well as migratory bird species like the Spanish Imperial Eagle. 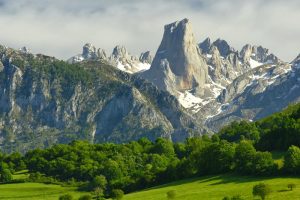 Picos de Europa is one of the first national parks in Spain. Located between the provinces of Asturias, Leon, and Cantabria in the Pyrenees. It covers an area of more than 650 kilometers squared.

The park is characterized by soaring peaks, woodland, and mountain lakes; as well as protected animal species including the Iberian wolf, Cantabrian brown bear, chamois, and ibex.

Timanfaya national park is a UNESCO biosphere reserve. Characterized by its barren black and red volcanic landscape. This park is an example of what humans think Mars would look with life.

The park lies on Lanzarote Island and one of the hottest regions of the country. Besides, it has only one active volcano is Timanfaya itself. Also, the park has two routes, which you can discover on an organized walking tour, coach trip, or even by camel and is a must-visit a national park in Spain. 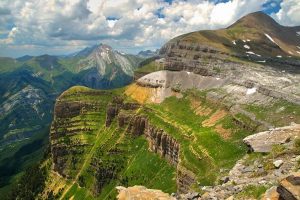 Ordesa national park is one of the oldest and popular national parks in Spain. It hosts the highest mountain peak in Europe, Mount Perdido raises about 3330 meters above sea level. 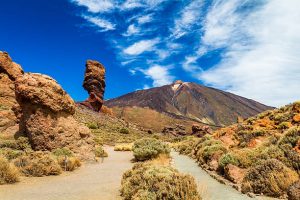 Tiede is a UNESCO World Heritage Site and one of the most visited national parks in Spain. It is situated on Tenerife Island. Besides, it is home to the highest active volcano mountain called Mount Teide in Spain.

The landscape is well known for its features that correspond to the surface of Mars. The park provides various native species, such as the lizard, skink, rabbits, feral cats, and Algerian hedgehogs. Additionally, there are gorgeous 168 different species of plant life. For picturesque views of the island and the Atlantic Ocean, take the Mount Teide cable car, which conveys you up to the volcano’s peak. 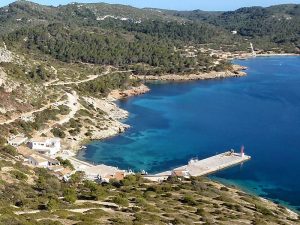 Cabrera Archipelago National Park is located ten kilometers from the southern coast of Mallorca. The main island that is open for guests in the entire archipelago. Besides, it is declared as a Maritime Terrestrial National Park in 1991. In addition, making one of the unbelievable enclaves that form the Balearic Islands.

This park is home to a massive number of creatures including, the Iberian lynx, wild hogs, foxes, and otters. Due to its Special Protection Area for birdlife, it is home to diverse flying creature species like the dark stork, Spanish Imperial Eagle, brilliant honey bee-eaters, and the Eurasian dark vulture. As well as in the surrounding ocean, you will find an immense population of turtles, dolphins, and whales. 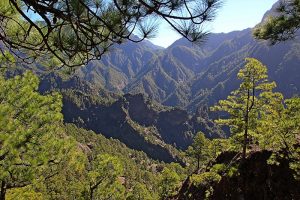 Caldera de Taburiente National Park is located in La Palma Island. Considered as the most beautiful national parks in Spain.  This region is created by a volcanic eruption and severe erosion, which makes it filled with huge crates, that extends about 10km.

This national park distinguishes by massive mountain peaks and rare native canary pines. Caldera de Taburiente makes a natural shelter, where trees like Canary Island Pine and plants like St John’s Wort have been rooted for thousands of years. Besides, You can enjoy the picturesque views of the island at viewpoints like La Cumbrecita or Los Andenes. 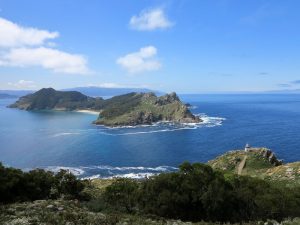 Under the clear seawater, there is a rich marine life over 200 species includes diverse shellfish, dolphins, whales, basking sharks, and unique sea caves. Besides, it is home to the many birds including the yellow-legged gulls and the Mediterranean shag. 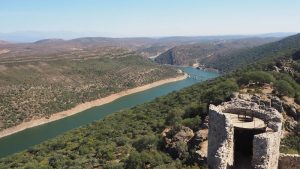 This park is home to more than 200 species of animals. Besides, it is known as one of the best bird-watching sites in Europe; with more than 400 bird species like Vultures, eagles, kingfishers, and nightingales can be spotted by

Top 11 Best things to discover in Alicante Spain (That You Can't Miss)
Visit Càdiz: Top 9 attractions and things to do in the city
12 Idyllic Beaches in the Balearic Islands that make you want to travel
9 Top tourist attractions in Cuenca, Spain