Vitoria-Gasteiz located in Spain’s Basque Country. It is the first Spanish municipality awarded the title of European Green Capital in 2012. Besides, explore a city with over eight centuries of history, its modern art museum, cathedrals, and 42 square meters of green areas are worth a visit.

Here are the top 8 best things to see and enjoy in Vitoria-Gasteiz. 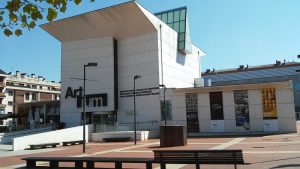 The Artium modern and contemporary art museum inaugurated in 2002. It houses important collections of the most famous Basque and Spanish artists.

The collection includes 3,000 pieces from the 20th and 21st centuries that holds the signatures of different artists like Miró, Picasso, Tàpies, Ameztoy, Chillida and Basterretxea and many other’s. Moreover, the museum provides educative activities to teach art to children. As well as, there are temporary expositions, done in collaboration with other European museums. 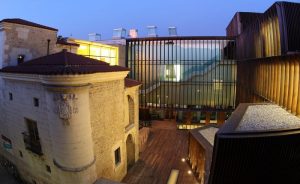 Bibat museum held in a gorgeous renaissance building, the Bendaña Palace, dates back to the 16th century and located in the center of the Old Town.

This palace comprises two buildings, The Archeological Museum had 4,200 square meters and divided into three floors. Besides, it contains works from the Paleolithic era, the Iron Age, Roman times, and the Middle Ages. It also presents large screens that bring the past to life.

The Museo Fournier de Naipes is the second building contains a playing card museum. Its exhibit cards date back to the 15th century. The collection features historic cards from the entire world. As well, the old machinery used in the production. 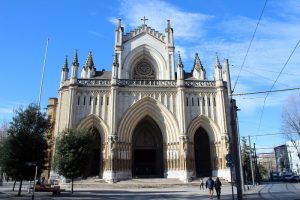 Santa Maria Cathedral of Vitoria-Gasteiz, Spain is a marvelous Gothic, Roman Catholic Church of the 13 and 14 centuries. Known as the Old Cathedral, and located on the hill of Campillo, in the upper part of the city.

The cathedral was constructed in the late 13th century as a part of the city’s defense. However, 1861 was declared as a cathedral. Besides, the church façade ornamented with beautiful masterworks of the Virgin, San Gil, and Final Judgement, and Saint James.

4- The Fine Art Museum of Alava: 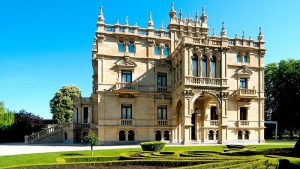 Art lovers should not miss Vitoria’s fine art museum. The building is one of the most splendid mansions in Vitoria-Gasteiz, Spain. Constructed between 1912 and 1916 in an eclectic style, combining baroque and Romanic architecture. The museum possesses a Spanish art collection of the 18th and 19th centuries. As well, Basque art from 1850 to 1950. The works translate both romanticism, realism, rural Basque, and the bourgeoisie life in Bilbao.

The Fine Art Museum is divided into three sections: the first is the ground floor dedicated to Basque art with authors like Juan Angel Sáez, Antonio Mª de Lecuona, José Echenagusia, or Eduardo Zamacois, and others. The second is the first floor; there are paintings of big size of Basque artist like Ignacio Zuloaga, Ramón y Valentín de Zubiaurre or Elías Salaverria. Last is the second floor, which contains three rooms devoted to Fernando de Amárica distributed in chronological order. 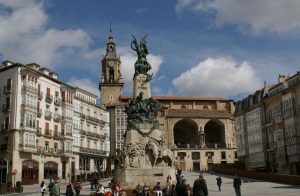 The Virgin Blanca Square is the center of  Vitoria-Gasteiz Spain and is known as the Old Square. Besides, it is a place where the locals meet each other’s to enjoy their time and relax on bars and terraces.

In the middle of the Virgen Blanca Square, you will find the Battle of Vitoria is a monument portraying the battle against Napoleon’s troops. Besides, the square is also the starting point of Vitoria’s annual event. 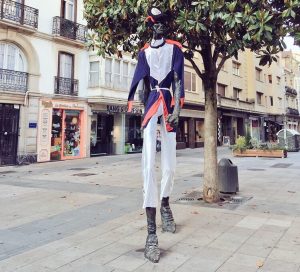 The famous Eduardo Dato Street located in Vitoria-Gasteiz Spain. It begins at the Plaza Nueva and ends at the train station.  This street is the principal commercial place of the city where the locals enjoy their time and relax.

Walking down Dato Street, you will find the Arca Square contains a statue called the walker, El Caminante. It created by Juan José Eguiazábal in 1985.  Also, it has a 3.5 m high bronze sculpture of a very skinny and tall man.  Besides, if there is a celebration in Vitoria, such as the Virgen Blanca Festival, or one of the local sports teams wins a championship, El Caminante gets dressed for the occasion. 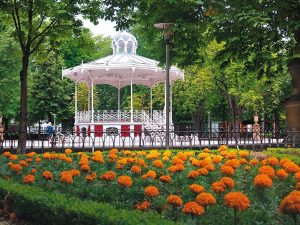 Vitoria-Gasteiz is encircled by a large natural green belt that includes six parks. However, the most famous one, called La Florida Park, is a romantic place with streams, trees of many species. It was created in 1820 and is located in the center of the city.

Its design was influenced by the English gardens of the 19th century with winding paths, romantic plantings mixed with conifers, and rustic elements. Besides, La Florida park has rich and varied plant life. As well, 95 different species of trees, including a magnificent hundred-year-old walnut tree that towers to 30 meters in height. 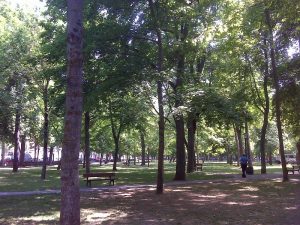 The Prado Park is used by Vitoria citizens, especially those who enjoy running. This park dates back to the 12 century when it was served as grazing land for domestic animals.

The park is home to 21 species of deciduous trees. It covered with  3.1 hectares of grass and 300 trees pdf, among which horse chestnuts, ash trees, elm trees, maple trees, walnut trees, and black locusts stand out. As well, pathways, bicycle lanes, sculptures, fountains, and children’s play area.