Aragón region is the largest in the northeast of Spain. Besides, it situated between Catalonia to the east and Navarra, La Rioja and Castilla y León to the west and Valencia to the south.

This region has different attractions to discover filled with mountains, beautiful national parks, architecture, and historic medieval towns. Besides, it includes three provinces Zaragoza is the capital, Huesca, and Teruel.

Here are the top 10 most beautiful places to discover in the Aragon region, Spain. 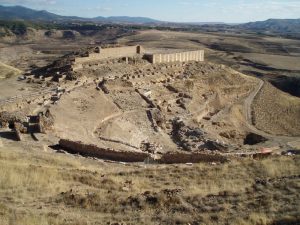 Calatayud is the fourth largest town in the Aragon region. It was set on the river Jalon and boarded by the Sistema Iberico Mountains. This Aragonese town dating back to Roman times, but the Moors reconstructed the modern village.

This town is filled with captivating sights. You can start from The San Pedro of the Franks with its incredible skyline tower. The Church of Santa Maria, and the Church of St Mary Major built on the site of a former mosque. Also the abandoned cave houses carved into the rocks above the city.

Do not forget to visit Alhama de Aragón is one of Calatayud’s luxurious thermal spas. It is a famous spa town with a steaming thermal lake. You will spend the day soaking in the curative waters and enjoy a remedial spa treatment.

Moreover, the Ancient Roman city of Bilbilis is another attraction, has five astonishing castles surrounded by fortified walls that are well worth exploring. 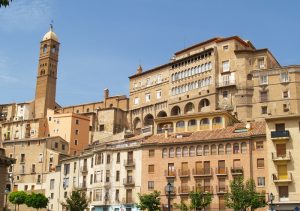 Tarazona is the fourth city in the Aragon region. It is known for its legendary architecture and home to one of the most extraordinary cathedrals in Aragon.

The city offers many attractions to discover. You can begin with the Renaissance-style Bishop Palace. Moving to the Town Hall dates back to the 16th-century, as well as La Magdalena church with Mudéjar-style and Convent of Concepción.

Do not miss the only inhabited bullring in the world dates back to 18th-century.  Besides, you can celebrate the most famous Festival of San Atilano in August, which involves a Cipotegato, who runs over the town and gets pelted with tomatoes. 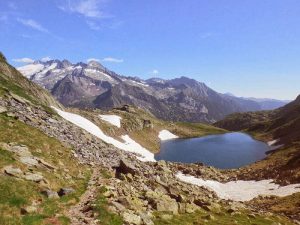 The Natural Park Posets-Maladeta is located in the north of the Ribagorza region and northeast of Sobrarbe in the province of Huesca. This natural park includes  the highest summits in the Iberian Peninsula.  Mount Aneto is the most famous one with 3,404 meters high.

For nature lovers, they can enjoy hiking through the park, crossing over beautiful villages of Benasque, Gistaín, Montanuy, Sahún, San Juan de Plan, and their surroundings.

Do not be afraid to get lost because the hiking trails are available, and each trail climbs to different levels of altitude. 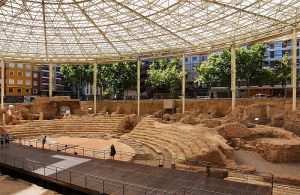 Zaragoza is the capital of the Aragon region and the fifth-largest city.  It was dominated by the Romans, Moors, and Christians, letting behind them their remains.

The city has many impressive attractions to see. For monument lovers, can start from the Roman ruins of the Teatro Romano, Aljaferia Palace with its impressive Arabic arches and elaborate carvings. Adore the Mudejar-style churches, and discover the baroque-style Basilica de Nuestra Senora del Pilar (Our Lady of the Pillar).

For art lovers, Zaragoza is the best place to see the works of Spanish artist Francisco de Goya at his museum houses 14 of his most important masterpieces. 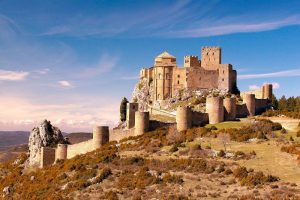 The Castle of Loarre is the oldest Romanesque fortress and one of Spain’s most attractive medieval castles. Besides, it landed unsteadily on a rocky outcrop in the southern foothills of the Pyrenees.

This magnificent castle was built during the 11th and 12th centuries on the border between Christian and Moorish territories and surrounded by fortified walls.

The castle comprises plenty of secret passageways, dungeons, semi-circular towers, and the noticeable Church of San Pedro, with its attractive external apses. Additionally, the Tower of the Queen with its set of twin-arched windows, influenced by Lombard and Mozarabic architecture. 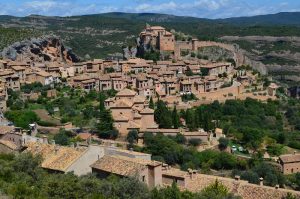 Alquezar village is in in the Huesca province. This Moorish town is located in the canyon of the Rio Vero in the Sierra de Guara national park.

If you are a sports lover, this village offers you many activities like Cannoning, rock-climbing, abseiling and hiking. Besides, the town has other attractions you should discover as visiting the limestone caves, pre-historic rock paintings, and The Casa Fabian Ethnological Museum, where you can learn about the region’s history. 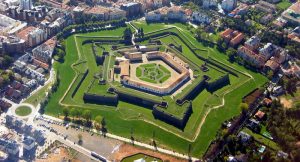 Jaca city is located in Huesca province, on the plateau of the southern bank of the Aragon River, south of the French frontier. Jaca is a vivid city and famous tourist destination along the Camino de Santiago pilgrimage route.

This magnificent city dates back to the 3rd-century BC. It has remarkable monuments  including the well-preserved 16th-century Jaca Citadel, the 15th-century Gothic Clock Tower or Prison Tower,  the 11th-century San Pedro Cathedral with its Romanesque and Gothic frescoes, the Benedictine monastery, and the San Miguel Bridge. As well as the Pyrenees Mountains makes it the best destination for a winter skiing holiday. 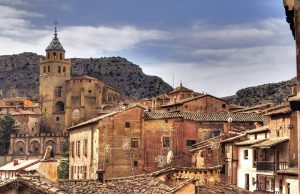 Albarracin is a small medieval town located in the province of Teruel, Aragon region. It is built in a strategic location above the Guadalaviar River, surrounding the three former kingdoms of Castilla, Aragon, and Valencia.

This beautiful village has many attractions to explore. Starting from Moorish architecture, ancient archaeological sites, fortified walls, crooked streets, walk the Walls of Albarracin, and wander the maze of cobbled streets and rose-colored buildings.

Do not miss the Albarracin Cathedral and the Plaza Mayor, as well as the best-preserved examples of Albarracin’s old townhouses, are Casa del Chorro, Casa de la Julianeta, and Casa de la Calle Azagra. 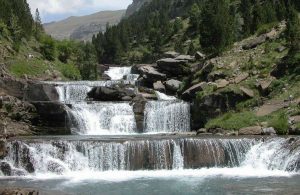 Ordesa National Park is one of Europe’s best-kept secrets, is accessible from the village of Torla 60km northeast of Jaca city. This spectacular park opened in 1918, and it was the first landscape protected in Spain.

Furthermore, it has deep canyon walls with 1,000m in height. The most famous one is called the Ordesa Valley with towering cliffs stretching towards the Monte Perdido, which is the third-highest peak in the Pyrenees.

For hiking lovers, they can find varied hiking routes for all abilities. With forest, tracks and buses are available, but their reach is more limited than the footpaths. 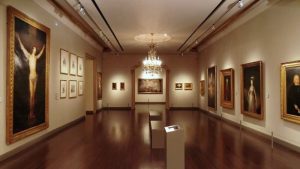 Francisco de Goya was born in 1746 in Aragon. He is considered one of Spain’s most famed painters in Zaragoza, Spain.  You can visit the Goya Museum to discover Goya’s greatest masterpieces.

The museum exhibits 14 paintings, including one drawing and five grand series that Goya engraved. The chronology of these works is ranging from his adolescence in Zaragoza (1762-1774) to his death in 1828.

Besides all that you can discover inside the museum, it’s also worth seeing the building that houses it with its beautiful Aragonese Renaissance courtyard.

Top 10 beautiful waterfalls in Spain, absolutely worth a visit.
Top 9 best things to discover in Blanes, Spain (you don't miss out)
Top 8 best beaches in Tarifa spain (with Photos)
Top 9 Things to See and Do in Gijón, Spain