Andalucia region  is the largest in southern Spain. It is an autonomous community with 8 provinces including Almeria, Cadiz, Cordoba, Granada, Huelva, Jaen, Malaga, and Seville. Besides, it is known for beautiful landscapes, long Mediterranean coastline, rich culture, history, and extend mountain chain.

Andalucia has an unlimited list of things to do. But we have prepared this list of the 10 best places to see and experience it at least once in your life. 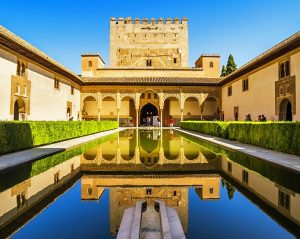 The Alhambra palace located in Granada and the most visited monument in Andalucia region. It is listed as a UNESCO World Heritage site. Besides, it built by Moorish rulers in the 13th century as their residence.

The Alhambra has the Generalife, which is a garden section with flowers and fountains. It is popular among visitors for its towering views where you can see the “Vega” and “Sierra Nevada” cities. Besides, the Alcazaba is the oldest section of the Alhambra was used for military. 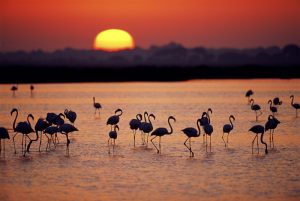 For nature lovers, the Doñana national park is your best destination located between Huelva and Seville provinces in Andalucia region.

Moreover, the park is an ecological phenomenon in the region. It includes boggy marshland, crashing dunes, and plains. That serves as a refuge for many species of wildlife. Besides, the birds are migrating to land on the streams and rivers.  If you are lucky, you can have the opportunity to see the rare Iberian Lynx and the Spanish Imperial Eagle. 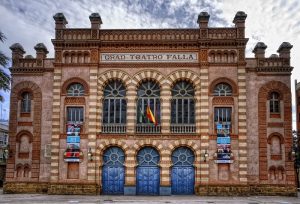 Cádiz located in the southern tip of Spain. It has many attractions to see. Including white sandy beaches, historical monuments, flamenco, and gastronomy.

Cádiz known for its towers that remain the old part of it. One of them is open to the public. You can climb to the top floor of the old house for a 360-degree view of the city and the port below.

Moreover, Gran Teatro Falla is another attraction to discover in Cádiz. It dates back to the 19th-century and located in the Plaza Fragela. The theatre built in the Neo-Mudéjar style made of red brick.  Its façade has three grand horseshoe arch entry doorways, with alternating red and white voussoirs.

For another amusement, be sure to visit the attractive beaches of Cádiz. The most famous beach is the Playa de la Caleta has a “Blue Flag” for its safety, ideal for swimming, calm waters.

Moreover, the city’s longest beach is the Playa de la Cortadura. It is well equipped with public facilities including changing rooms and showers. Additionally, the playa de la Victoria is one of the best beaches in Spain with a large sandy beach. 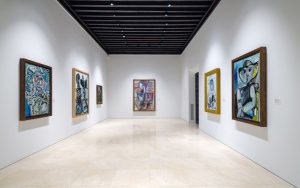 This remarkable museum is in Malaga city Picasso’s place birth. It offers a solid overview of his great masterpieces. it was inaugurated in October 2003 by the king and Queen of Spain.

The museum located in the Palacio de Buenavista, right in the heart of the Historic Centre of the city. Besides, it housed more than 200 works donated and loaned to the museum by his wife and eldest son.  The museum exhibits sculptures made from clay, plaster,  sheet metal, and many sketches. Also, some interesting late works when Picasso developed an obsession with musketeers. 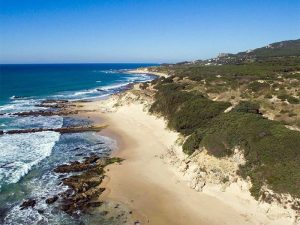 Punta Paloma beach is one of Andalucia’s region most magnificent beaches northwest of Tarifa. This beach has the most spectacular stretching of sun dunes. Rising to heights of over 100 m, burying all the vegetation and even the trees. At the top, you get panoramic views of the beaches all the way down to Tarifa town, across the straits to Morocco. 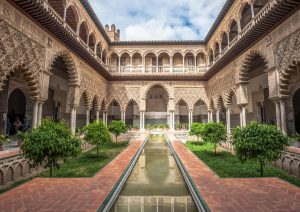 Alcázar Palace is one of the most famous monuments of Seville and in Andalucia region. The palace dates back to the 7th century and it still hosts the royal family.  The palace affected by various architectural and cultural styles from Gothic to Baroque.

Furthermore, the palace has different impressive parts to discover.  Beautiful  Patio de Las Doncellas with its delicate arches, garden, and reflecting pool. Besides, the Alcazar palace has a wonderful inside parts. Like Salon de Los Embajadores is a room decorated with gilded cedar wood sculptures. 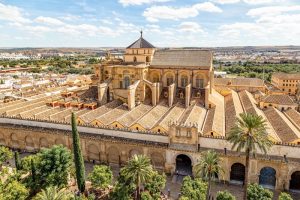 Córdoba’s Mezquita is the most majestic monument in Andalucia region. It is one of the most ravishing Islamic structures in the western world.

Mezquita has various parts to explore. The Patio de Los Naranjos forms the entrance to the Mezquita. It is a lovely courtyard, with orange, palm, and cypress trees and fountains. Bell Tower (Torre Campanario) rises 54m of high.  Offering fine panoramas and an interesting bird’s-eye angle on the main Mezquita building.

Be sure to take a visit around the historic residential quarters. Like the old Jewish quarter The  Judería narrow pedestrian streets, quiet squares, and charming decorative patios.

During May, Córdoba celebrates the Fiesta de Los Patios. It is an anticipated festival with a competition for the most beautiful patio. 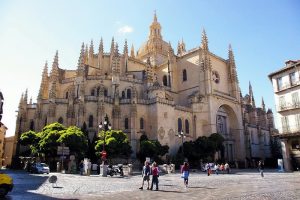 Santa María de la Sede is the fourth largest cathedral in the World.  Built in the 1400s and completed in the 1500s.

The cathedral interior has the longest nave of any church in Spain. The central nave climbs to a height of 42 m. The most remarkable features of te church are the great boxlike choir loft, which fills the central  of the nave. Also the large Gothic retablo of carved scenes from the life of Christ.

Moreover, the cathedral bell tower called The Giralda rises to a height of 105 m. It built to look like the minaret of the Koutoubia Mosque in Morocco. After the Reconquista converted into a bell tower for the cathedral. 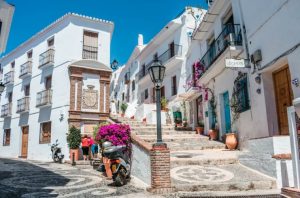 Frigiliana is another famous white village in Andalucia region. Located in the Natural Park of the Sierra de Almijara. This village has a Mediterranean atmosphere warm winter, mild spring, and hot summers.

This lovely coastal village surrounded by breathtaking spots. Reales Positos is the center of the village. It leads you to some of the most charming streets including Calle Zacatin and Calle del Penon. Fuente Vieja is an old fountain built-in 1640, you will find it at the beginning of the old town. Besides, Vista Panoramica provides a stunning view of  whitewashed houses, mountains, and the sea. 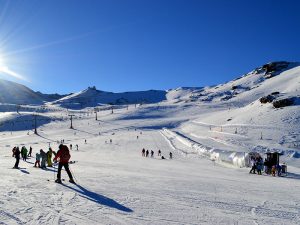 The Sierra Nevada is a mountain range in the province of Malaga Spain. This spot is one of the southernmost ski destinations in all Europe. It has the highest peak of continental Spain, Mulhacén at 3,478 meters above sea level.

During winter, the National Park has a biosphere reserve, an astronomical observatory and telescope.  Also there is an access to several adventure services like hiking, rock climbing, and mountain biking.

Top 8 best beaches in Tarifa spain (with Photos)
10 reasons you should visit Segovia, Spain
Top 9 Things to See and Do in Gijón, Spain
9 Top tourist attractions in Cuenca, Spain