Galicia is an autonomous region that lies in the Northwest of Spain, above Portugal. It is an ideal destination for spending your vacation. It has lush green, historic cities, stunning coasts, and beautiful beaches.

Here is our list of the top 10 beautiful places you must see in Galicia. 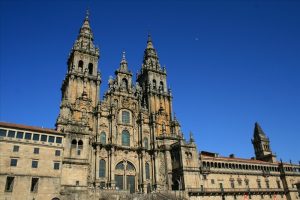 The Santiago de Compostela Cathedral is a world-renowned pilgrimage and World Heritage site in Galicia. Moreover, it is the principal Catholic center in the world-famous for the St. James Way.  Besides, this cathedral is a mix of an original Romanesque, later Gothic, and baroque style. Since the Early Middle Ages, it receives more pilgrims, and it marks the traditional end of the pilgrimage route.

The spot is a magnificent landmark, not only in Galicia but also throughout Spain. You can climb the rooftops of the Santiago Cathedral. And enjoy the picturesque and breathtaking views! 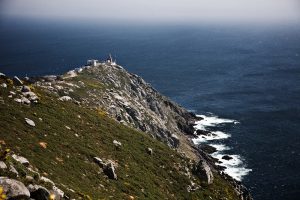 Cape Finisterre situated Peninsula on the west coast of Galicia, Spain. It is only about 90km west of Santiago de Compostela.

This rock is the final destination for many pilgrims of the Way of St. James. Besides, the geographical location and beautiful sunset of Cape Finisterre is just a thrill. For both its beauty and legendary.

The Romans believed that the cape is the end of the world. Besides, there are many rocks in this spot associated with the legends like the holy stones, the stained wine stones, and the stone chair. Additionally, there is a lighthouse, which is one of the best lookouts in the region where you can see the ocean, the coast, and everything else. 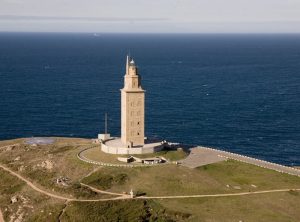 The Tower of Hercules is a lighthouse that looks over the Atlantic Ocean to a Coruña’s harbor, northwest Galicia.

This beautiful lighthouse awarded the Roman World Heritage site. Built-in the 2nd century and reconstructed in 1791. It has 55 meters high and overlooks the North Atlantic coast of Spain. It aims to help navigation along the rugged Galician coast, a strategic point on the sea route linking the Mediterranean to northeast Europe.

You can climb to the top of this imposing tower. To discover breathtaking views of the deep blue, powerful Atlantic waves. At night, the tower’s lights scan the ocean’s surface and shine out into the sea. 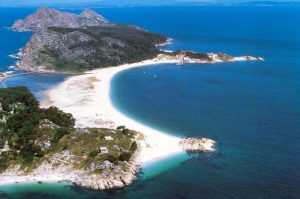 Cíes Islands are a small paradise lie in the Rías Baixas estuary of Vigo on the coast of Pontevedra in Galicia. It is an ideal destination for holidays. Besides, it is known for beautiful white sandy beaches, crystal, clear waters, and hiking trails for all levels.

These magnificent islands declared a natural park in 1980. There are three different islands.  First, is Monteagudo Island is separated by a narrow channel from Cabo Home. Second is Faro Island that sits in the middle. Last is San Martiño, known as the South Island.

The first two islands are connected by a long spit of sand, forming a boomerang shape called Rodas beach. It has a natural lagoon just behind it. Besides, these islands are not limited to Rodas beach. They also have one of the best bird observatories in southern Galicia and a magnificent camping area. 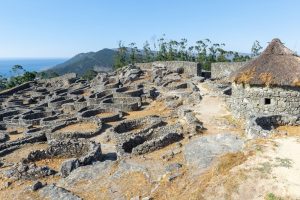 Santa Trega mountain is a must-see attraction in Galicia. It has a natural scenic overlook with picturesque and superb views of the Miño River Estuary, Portugal, the O Rosal valley, and the Atlantic Ocean.

The mountain offers different viewing points that allow admiring the environment in detail. Two mountaintops are noticeable at the top of the peak. The first is called O Facho, with 328 meters in height. Additionally, it offers a broad panoramic above the O Rosal valley. The second provides magnificent panoramic views with a 341 meters height called San Francisco peak.

Moreover,  the forest hides an archaeological site called the Castro of Santa Trega. Situated on the hillsides of Mount Santa Trega and overlooking the mouth of the river Miño. In 1931, it was declared a National Historic and Artistic Monument and was considered a Place of Cultural Interest. 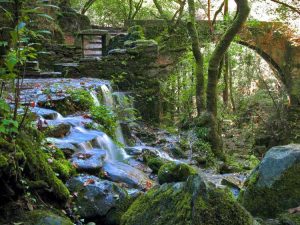 Forests Eume is a puzzling forest where the light comes always veiled. It is one of the best-preserved riverbank Atlantic forests in Europe. These forests stretch along the river that bears the same name. Besides, its shape as a triangle whose borders would Pontes, Pontedeume, and Monfero.

This natural forest follows the course of the river Eume. Besides, it is one of the best examples of a warm rainforest. With a different array of trees like oak, poplar, ash, and alder. As well as, more than 20 species of lichen and 200 ferns.

This mysterious forest hides 10-centuries of the history of an old monastery of Saint John of Caaveiro. As well as one of the best things you can do is hiking through the very dense forest. And enjoy all the shades of green you can imagine. 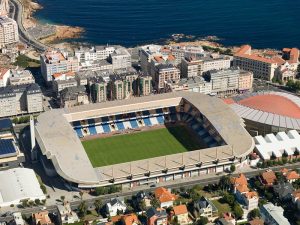 If you are a lover of football, you should visit the Riazor stadium. It was reconstructed, in the early 1940s because it became small for the club and opened in 1944.

Riazor stadium has seats for 34,600 spectators. It hosted main sporting events, including the Spanish Cup final in 1947. And the World Cup final in 1982. As well as it had a running track, and therefore regularly hosted athletics events.

The stadium is both structurally impressive and replete with history, making it a must-see for visitors in Galicia. 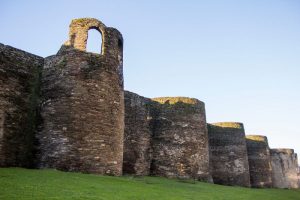 The walls of Lugo are an outstanding example of Roman military fortifications in the World. It was declared a UNESCO World Heritage Site. Additionally, they were built in the 3rd century and enclosing the town itself to protect the Roman city of Lucus.

This fascinating architectural structure extends 2 kilometers, with ten doors and 85 towers. The wall surrounds the historical and cultural heritage of the city.  It is worth visiting the interior of these defensive walls. 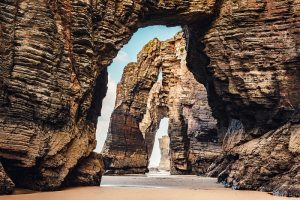 It would be a shame to talk about the must-see attractions in Galicia and not mention Cathedrals Beach.

This incredible beach is one of the most popular destinations of Lugo. It is located 10 km west of Ribadeo, in the northern shore of Galicia.

This rock was formed by the natural erosion of the cliffs that creates the arches and caves. However, you can see this outstanding rock only at low tide. 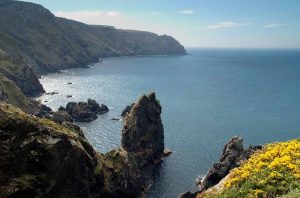 Serra da Capelada has some of the tallest cliffs in Europe. The highest one is Vixía Herbeira has 620 meters above sea level. The cliff provides spectacular views with a picturesque panorama of the giant Atlantic Ocean. And the rough coastline on either side of Santo André.